The moonshine distilleries favorite Rum Runner car during the 1940’s and through the mid 50’s was a Ford. The flathead V-8 could be souped up!Moonshine Rummers were never flashy vehicles- no chrome pipes, no loud mufflers, no distinctive paint jobs - plain and dark colored cars were the norm . 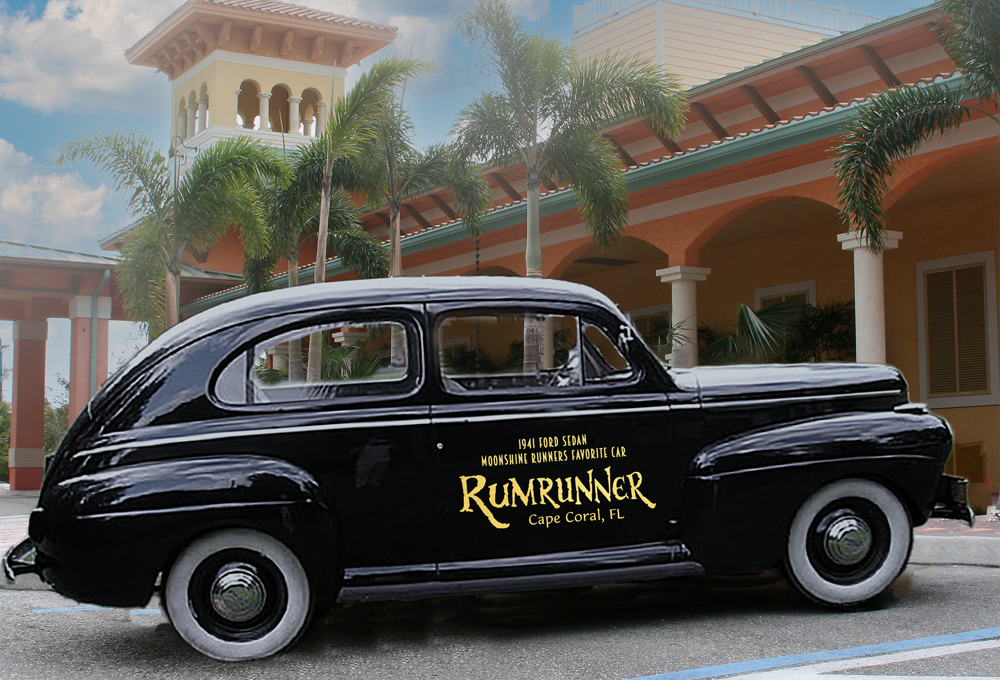 The Car that was the birth of NASCAR.

The moonshine distillers' favorite rum runner car during the 1940s, and through the mid '50s, was a 1940 Ford. The flathead V-8 could be souped up, or replaced with a newer, more powerful engine—maybe from a Caddy ambulance.

Moonshine Runners were never flashy vehicles—no chrome pipes, no loud mufflers, no distinctive paint jobs—plain and dark colored cars were the norm. The 1940 Ford Coupe was favored by most for its huge trunk and its familiarity on the road, but many different cars (and trucks) were used.

Transporting the finished product was the most challenging part of the business, and in post W 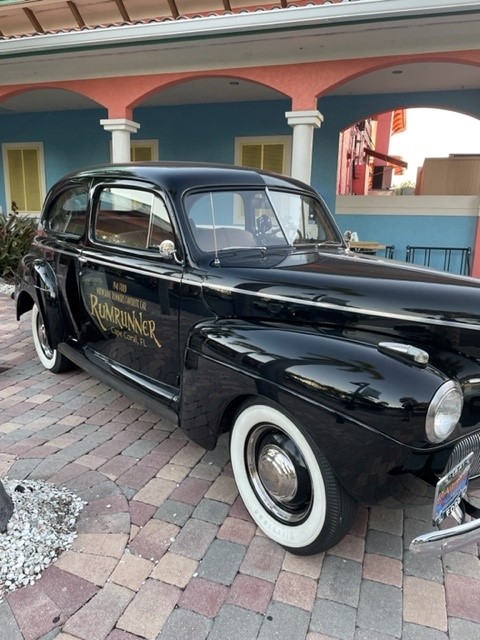 orld War I Appalachia the solution was to be the best driver in the fastest vehicle.

A load of 'shine typically weighed about 800 to 1000 lbs, so the runner's suspension had to be stiffened. Extra leafs in the rear springs, “helper springs” in trucks, and double shocks on each front wheel were typical add-ons. The police and government revenue agents often drove stock V-8 powered Fords which could catch most passenger cars of that time, but not a moonshine runner.

A "tank runner" could carry a bigger haul and provided a better hiding place for the product. It might have custom fashioned tanks under the floorboards, plus another tank secreted inside the auto's own gas tank. It might also be shaped like the rear seat and covered with fake upholstery.

Stock car racing in the United States has its origins in bootlegging during Prohibition, when drivers ran bootleg whiskey made primarily in the Appalachian region of the United States. Bootleggers needed to distribute their illicit products, and they typically used small, fast vehicles to better evade the police. Many of the drivers would modify their cars for speed and handling, as well as increased cargo capacity,

The repeal of Prohibition in 1933 dried up some of their business, but by then Southerners had developed a taste for moonshine, and a number of the drivers continued "runnin' shine", this time evading the "revenuers" who were attempting to tax their operations. The cars continued to improve, and by the late 1940s, races featuring these cars were being run for pride and profit. These races were popular entertainment in the rural Southern United States, and they are most closely associated with the Wilkes County region of North Carolina. Most races in those days were of modified cars. Street vehicles were lightened and reinforced.

Be sure to get your picture taken next to our 1941 Rumrunner Sedan.