These special boats take a year or more to build.

Douglas Van Patten, naval architect, designed a new hull that was convex rather than concave.  He called it the Vertex Parabolic Underbody or Sheerliner.  This parabolic design is very difficult to build and Saint is using this underbody in his custom runabouts.

“The man was a genius – the design makes the boat extremely soft riding, giving better handling at all speeds, and makes the lines of the boat so aesthetically pleasing. It is absolute perfection in hull design – beautiful, fast, rugged and superb handling at all speeds and all conditions.  Saint is the only company now building Van Patten’s design.  Van Patten also pioneered the Wedge Section Rudder. 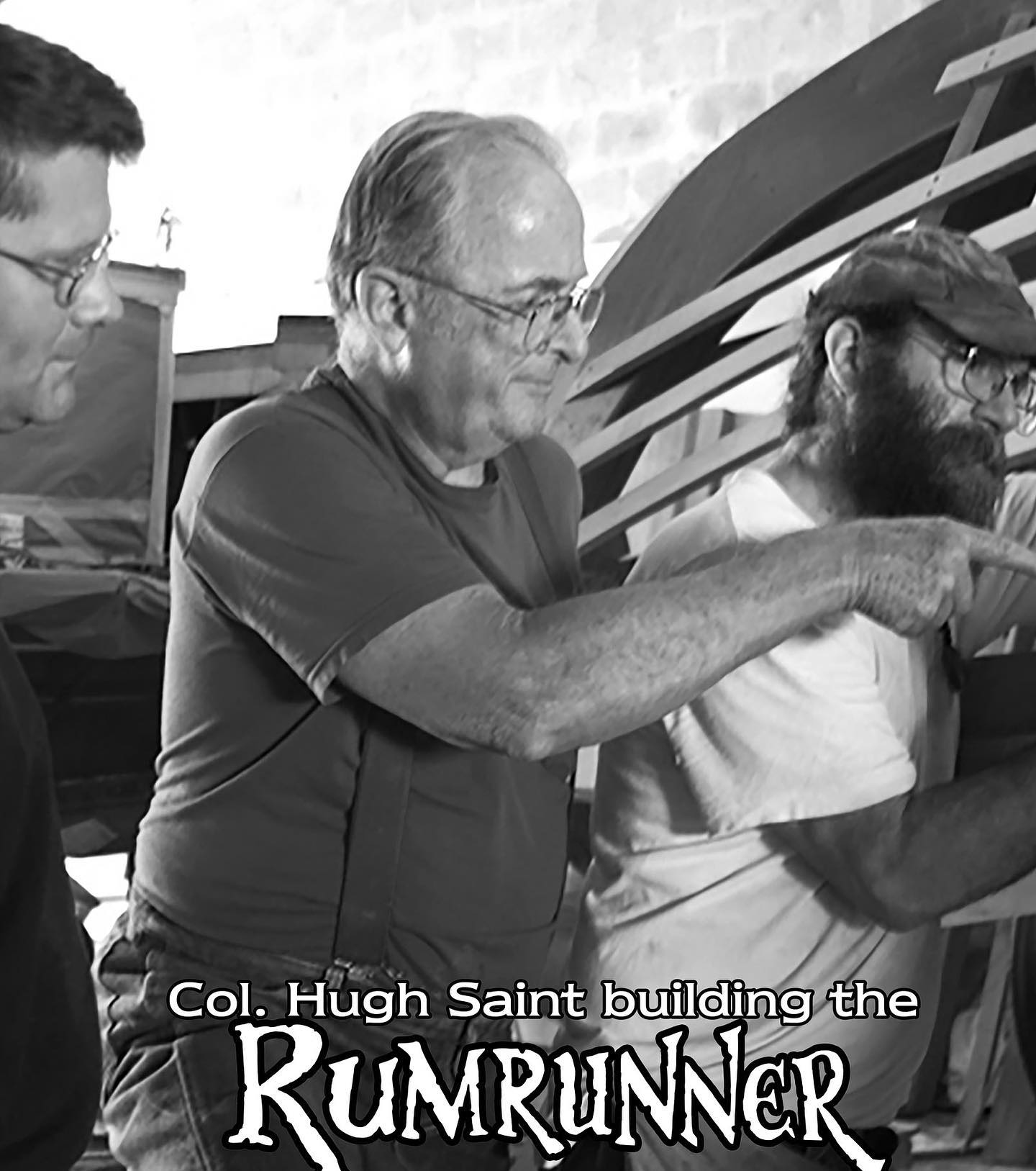 Col. Hugh Saint flew 141 Vietnam combat missions in F4 Phantoms.  Col. Saint joined the Air Force in 1956 and retired in 1980.  At one time he had over 1200 service men and women serving under him.

Col. Saint has a Bachelor of Aeronautical Engineering from Georgia Tech.  He is a graduate of the Naval War College.  He has a Master’s in International Affairs from George Washington University.

Hugh paid his way through Georgia Tech building Lafitte (pronounced La Feet) Skiffs and shrimping the waters off Louisiana.  Hugh and his father perfected wooden boat building using techniques years ahead of their time.  “When you build a boat that has to work day in day out every day of the year, you learn the value of quality and design.”

After his retirement from the Air Force, the Colonel founded Hugh Saint Inc. in 1981 in Cape Coral.  He’s lost count of how many custom boats he has built but the number is over 40 and he has done many restorations.  Most recently, they completed a 36’ Sport Fisherman for the preeminent violin maker of Japan. His son in law, Tom Stovall, joined the company in 1984.  Stovall is the driving force behind the company.  Tom gave up a promising career at Firestone to become Saint’s business partner.  Like all the artisans and craftsmen at Saint, Tom’s love of the work is foremost.

Saint pioneered the use of the WEST® system in building classic custom wooden boats.  It is the most time consuming and expensive way to build.  But it is the best and gives a higher strength to weight ratio than fiberglass or steel.

Dynal is used to sheath the bottoms.  It is six times more abrasion resistant than fiberglass.

In the 20’s and 30’s wooden commuters plied the waters of Long Island Sound bringing the wealthy back to Wall Street after a weekend retreat at their waterfront estate homes.

These boats were designed to have comfortable cabins in case of inclement weather as well as luxurious seating on deck to enjoy the views.  Often, a separate chauffeur’s helm was added to the design.